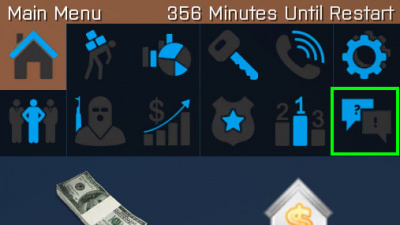 The disputes button on the phone. 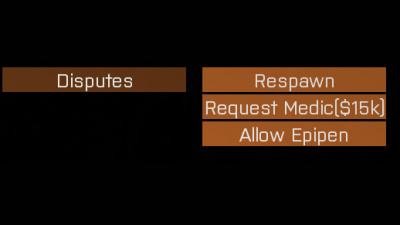 The disputes button on the death screen. 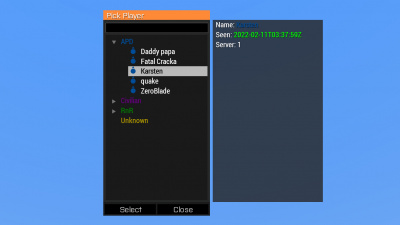 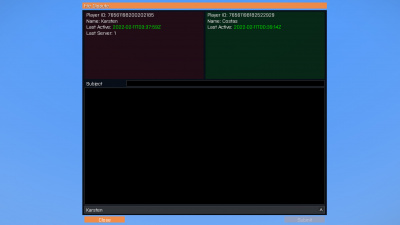 The prompt for a description and subject when making a dispute. 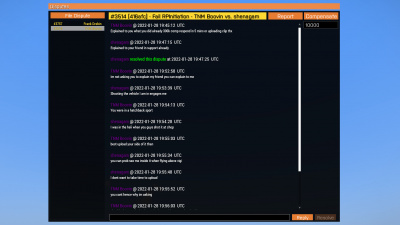 A filled out dispute on the dispute menu.

Disputes provide a mechanism for players to formally dispute the actions of another player and potentially request compensation. By combining disputes with player reports, players are guaranteed an opportunity to respond before receiving a ban along with providing staff a log of what has happened with the dispute.

How Do Disputes Work

A dispute is required before submitting a player report to help reduce the number of unnecessary and accidental bans and give reported players an opportunity to share any exonerating evidence before a ban is placed. Note that while a dispute is required, players are not required to accept compensation in exchange for not submitting a player report - such situations will be handled on a case-by-case basis. For example, a plaintiff sharing their point of view showing that they were engaged by another gang member will not receive a ban, but a player with a bad history blatantly committing fail RP and sending unsolicited compensation will still be at risk for a ban.

Support Team members are able to access players' disputes after being provided with the dispute ID and access code in order to further assist in resolving the case and to provide additional documentation for moderator review. Note that Support Team members are not staff and CAN NOT ban or remove a ban; their job is to be an unbiased third party. You can find the dispute ID and code at the top of a selected dispute.

If your dispute was insufficient to resolve a situation, you can press the “Report” button on the selected dispute to open a partially filled player report on the forums. Your Steam ID, timezone, dispute ID, and server will automatically be filled out. Fill out the rest of the boxes, provide evidence, and press “Save”. More information on making player reports can be found here.